I chose to purchase food that resembles the shape of certain letters.  I simply cut a doughnut to give it the appearance of a “c” and glued wheat grain to paper in the shape of an “e.”  A camera was used to photograph each food character.  Several photos were taken to get a variety of backgrounds.  PhotoShop was used to crop photos. Cropped photos were placed in Illustrator where I aligned each horizontally.  Lines and color blocks were also used to help frame the characters.

The background does impact the message as does the food. Each item is something a person, who suffers from Celiac, cannot eat. The food chosen contains gluten which may be disappointing for individuals who enjoy this food but cannot eat it due to their condition. The background consists of table cloths, plates and a fork to portray the food as ready to be consumed/prepared.

Keep it simple. Food was used specifically for its shape. The doughnut, wheat grain and spaghetti were the only items that had to be shaped into letters. I chose food that I find aesthetically pleasing.  For instance, the colorful sprinkles on the doughnut add visual element that breaks it up from the browns and yellows of the other photos.  The slice of cake has the same effect.  The challah and croissant are braided and twisted which also adds texture and richness to the photo.

I’d say that the “e” has a Humanist quality to it.  The exaggerated serifs were inspired by a Humanist Font such as Baskerville. The other foods are more geometric but were not inspired by any certain font family.

I enjoyed the process; however, I was not completely satisfied with the end product. I find great value in the sketching and planing that was required for this assignment.  The photography is something I wish could enhance. My limited knowledge/experience with the programs is something that greatly frustrates me. 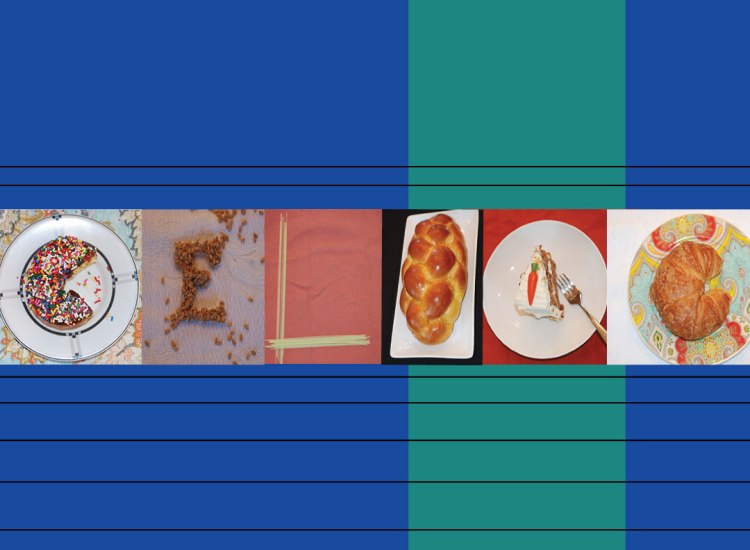 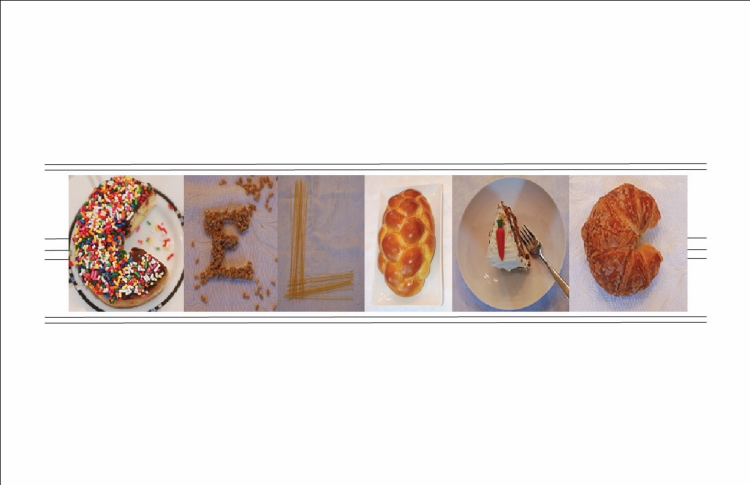